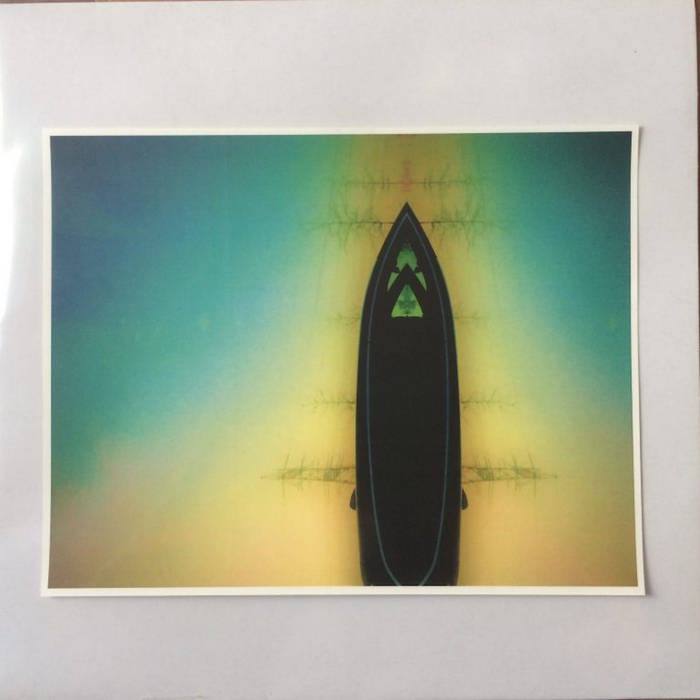 thenewspaper The first would be perfect for adding even more to Chemical Playschool four, same tone and style but with more hand-wrought clanking... second matches well, but it's like part one through the veneer of Time on Thin Ice's gentle motions--and I never knew of it til now! Favorite track: Fragments Of Blue.

The concept of Des Astres D’Or Records is a noble one. The label, which is operated by sound artist Raymond Dijkstra, aims to present a vinyl release as the kind of art object you would normally find in a gallery.

To this end, the records are literally pressed one by one in the highest quality (not lathe-cut) and every cover is individual, created by the artists themselves.

It means pressings are hyper-limited as the time required to prepare a single record can be lengthy. Indeed, all but one of the releases on the label are limited to just 25 copies!

“8118” is that one exception as it runs to 40 copies. It is sold out via the label but we have 5 remaining at Chez Dots with 3 of them being offered here.

Side 81 was drawn from The Silverman’s excursions on his Victorian harmonium back in 1981 and early 82. A suite was created, drawing in field recordings (on cassette) and vocal experiments from that time.

Side 18 was recorded as a response to the results of Side 81, utilising modern creations and the rusty remains of far older sound devices.

The covers were created by The Silverman based on the photography of Astrid Mutsars. Many weeks were spent manipulating and transforming images from the area where he lives into a much stranger terrain.

We concede that the physical release is inevitably an expensive one and that’s why the 24 bit download of the music is being offered here.