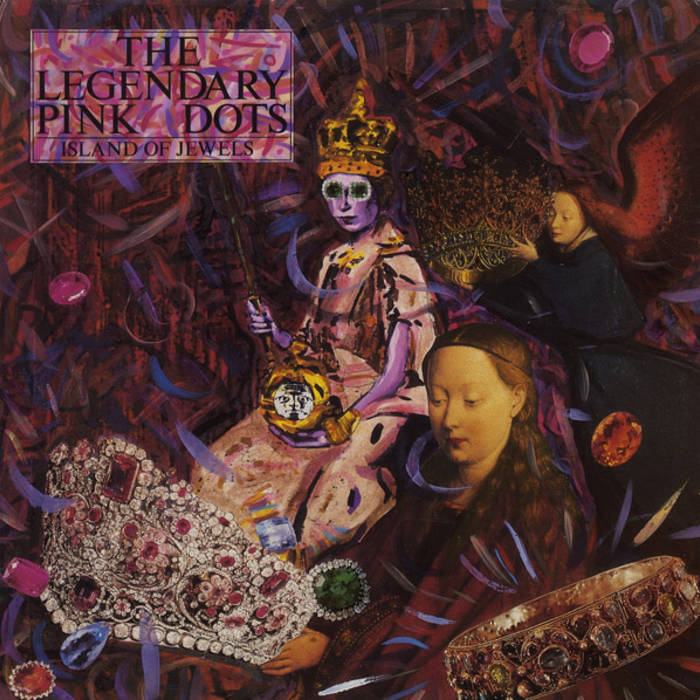 Dominic Audy The delusion of past glory, while the paint's peeling and there's cracks in the foundations. War. This underrated (even by the band until recently) 2nd chapter of The Tower is unlike its predecessor stylistically chaotic to the point of schizophrenia. But what arose from creative differences gave it this unique quality, serving perfectly the atmosphere and themes of the story. The ugly duckling is in fact an evocative masterpiece set in what remains Ed's most fascinating "universes" from the 80s Favorite track: The Red & The Black.

RTW After Asylum's retreat into darker places, this sequel to The Tower works as a regrouping for the Dots as a functional band. Everything is stronger than it was, especially the fury of the playing, the lyrics, the production quality. Is there anyone who doesn't love the "Our Lady" tracks? Essentially the first album where the band's leanings began to make inroads into the burgeoning goth/industrial club scene, it's no surprise that they went global after this. Favorite track: The Dairy.

The review said it all........
"There's a market for this kind of thing and I suspect it exists on a remote part of the coast of Sardinia".For years ,The Dots felt the same way.Was this ambitious album
the ultimate sacrifice on the altar of artistic tension? Ladies and gentlemen , I give you "Medieval Industrial music" or how about a small piece for home-made orchestra and drum machine?
Now after remastering the album it feels like one of the best albums The Dots ever made.I confess it had been slowly growing.
It was our first album under contract for the Play it Again Sam label and were they ever nervous when we delivered the master...
They shouldn't have been, this one stands the test of time...at least for me.
EK