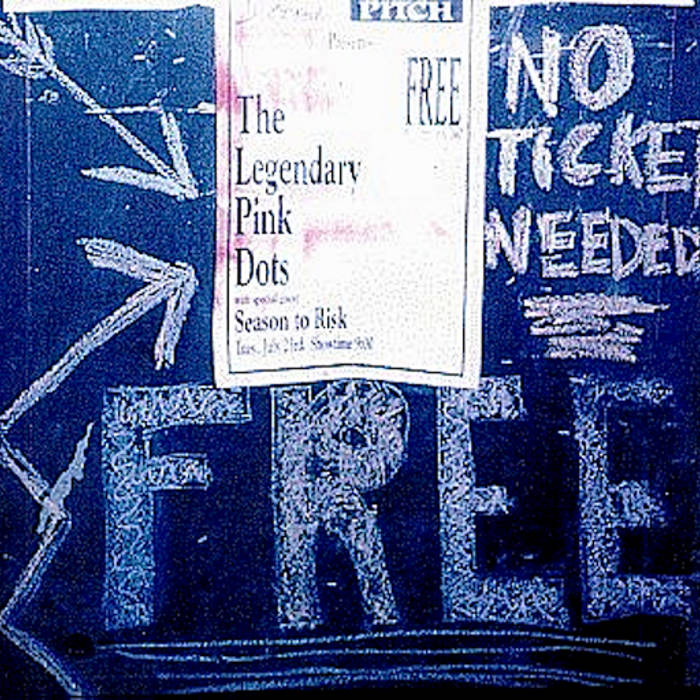 1989 was a testing year. The unexpected departure of four band members in the Spring of the year before asked a lot of those left behind.Living in a caravan didn't help either, but Niels Van Hoorn really was a saviour when a few shows were planned at the end of '88.
Quite simply he stepped in with his armoury of saxophones and stayed there for the next two decades.It was a seismic change for the Dots (and for Niels ) and in fairness those first shows were shaky..
"Live '89" has all of this uncertainty on show. To my critical ears it sounds like we were maybe even trying TOO hard. However , as will be noted in a forthcoming "Live '89 Part 2" release ,this uncertainty gave way to an often beautiful freedom when Bob Pistoor joined the band.
The recordings for Live '89 originated from a German tour, with the wonderful Kling Klang club in Wilhelmshaven being well represented.There is even LPDs' only song with German text included as part of this set- "Der Schrei",a collaborative lyrical composition from EK and Elke.
The original "Live '89" was one of the first three home-made CDR releases from the Dots. They were burned on a prohibitively expensive standalone Marantz cd burner , and the intention was to pay back the cost of the big metal monster inside five years….we just about managed, but technology had advanced somewhat by the time we reached our target.