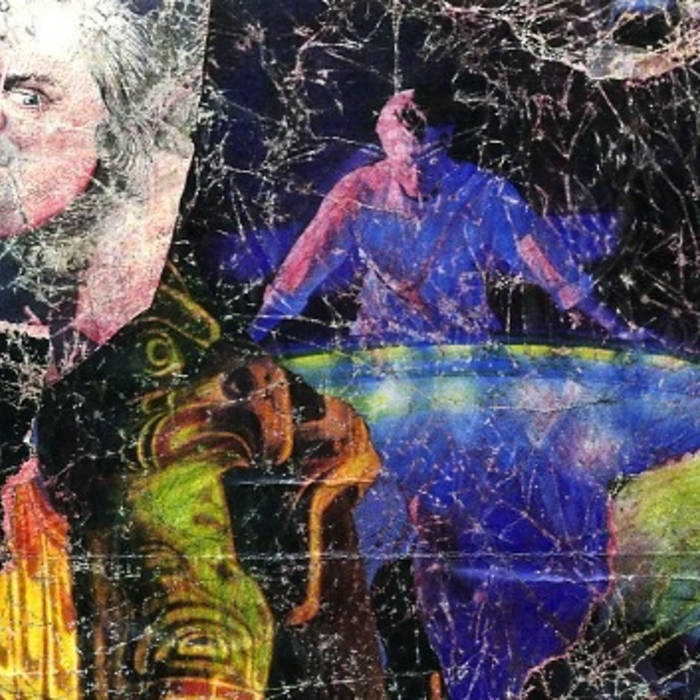 RTW Lots of odds and ends, mostly in the primitive electronic flavor of EK's early China Doll albums. What makes this assortment unusual is that the pieces are left to stand on their own instead of folded/edited into a mindbending whole. In some ways, this weakens the release as it just feels like a bunch of unused parts, many of which don't stand entirely on their own. Still, it's from a very creative era and there is treasure here. And it's great to have the live performances back in the mix...! Favorite track: Lying in State.

"Lyvv China Doll" started life as an elaborate but very elusive cassette release from The Dots' TEKA label- it was half live material and half comprised of bits and pieces that needed a home.
Later it became a cd for the Staalplaat label and the live side was dropped while more bits and pieces came into view.This remaster brings the two releases together.
The first live piece in the track listing is actually "The Horn Section" while a little later the first ever performance of "So Gallantly Screaming." can be heard as a mere idea rather than a finished song. The year was 1985 and the venue was in the village of Delden in the far East of The Netherlands.
Never heard of Delden? Guess what, they hadn't heard of us either (EK, Ignit, Ed van Kaye)..You could say the reaction was minimal when the screaming started; it even became mildly hostile when that horn section (actually miniature plastic saxophones from the gas station) were introduced. I'd like to think they still talk about it in Delden but they probably forgot decades ago.
Other live tracks were from an especially heavy solo show in Vienna (1988) and Strasbourg (1986) where The Silverman and Stret Majest Alarme completed a particularly incendiary line-up.
Other notable songs from Lyvv" include "Tower 8" and "When Old Gods Die" (with Patrick Q.Paganini) which were the famous "missing " bonus songs from the original "Chyekk China Doll" cd. After this mysterious omission, the master tapes were delivered to a guy in Sweden for an intended 7" release. Sadly tapes and guy disappeared. Thankfully EK had rough cassette copies in his drawer .
Finally I must thank Hero Wouters for his amazing work on "Dada" and "Beautiful Plastic" (he wrote the music for the latter piece). Always a joy to work with Hero....Thanks too to Bianca Wouters for her voice ...EK