The Scriptures of Illumina (2013 remaster) 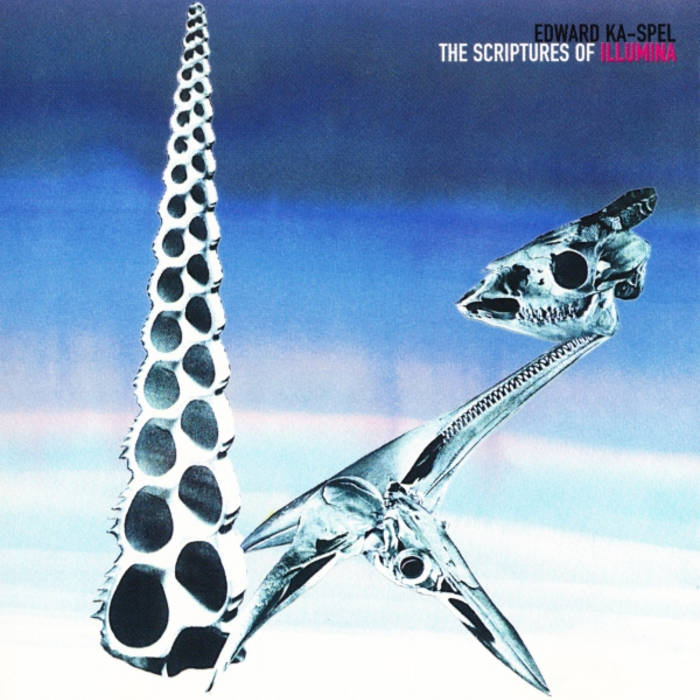 RTW 1994 was a big year for the clangy percussion loops (see 9 Lives to Wonder) but it's better than Tanith, isn't it? Scriptures has a really muted mood to it and some really, really heavy material, but it all fits together so well. The Illumina tracks are landmarks but the way the first mutates into "Dr. Bliss" and presents an overarching asylum theme is nothing short of inspired. The record feels beautiful because of its lulling atmosphere, but it's a hard, captivating listen. Favorite track: The Memoirs of Dr.Bliss.

1993.Picture this. It's a glorious Summer day but EK is inside with only
Sabine's dog ,Skoi, to keep him company. An old friend, Sabine, had asked him and Elke to look after her house (and hound) for a week while she went on holiday.
On this sunny afternoon , EK is strumming an out-of-tune acoustic guitar. Skoi seems to object and HOWLS (a lot). The howls are recorded, as the would-be guitarist runs around the room ,followed by one small dog.
Then it's overdub time....Ballbearings are rolled across the wooden floor .Skoi takes a rest.
Then there's the vocal part...EK seems annoyed by a record company.In retrospect, it's a little embarassing (said label really wasn't THAT BAD). However they made it clear that they didn't like LPDs' "Shadow Weaver", and childish as it may seem, criticism goes down very badly with the singer .Consquently, the lyrics are painfully vitriolic.
"Scriptures" was that kind of album - peculiar , noisy and rather unique but sadly not so well recorded. The Soleilmoon reissue remastered by Raymond put some of this matter to rights, but consider this latest downloadable version to be definitive. EK